Selection scientists and recruiters must work as a team to find the best candidates, but their efforts often conflict. Recruiters often want to bring more people in, while pre-hire testing works to screen them out. But the data paints a compelling case for employee selection — and my guest today has no shortage of data.

On today’s episode of Science 4-Hire, I’m speaking with David Futrell, senior director of assessment and selection at Wal-Mart, fellow IO psychologist and, frankly, a selection geek extraordinaire. “The sample sizes are just enormous,” David says, and he’s not kidding — Wal-Mart tests 10,000 to 15,000 people every day, or about 4 million annually. And that’s just for entry-level roles.

With all of the data that generates, David and his dedicated team of IO psychologists have been able to run the numbers and come to some fascinating conclusions about assessments and employee selection. Here’s what they’ve learned.

Listen to “WHAT THE WORLD’S BIGGEST RETAILER CAN TEACH US ABOUT EMPLOYEE SELECTION” on Spreaker.

It’s Not That It Isn’t Fun; It Just Doesn’t Seem Relevant

Wal-Mart’s selection assessments include game-like elements but aren’t gamified. When Wal-Mart bought a company that used a game-based assessment, David surveyed applicants to find out how they liked it.

To get at the truth, he chose his words carefully. He didn’t want to learn whether candidates enjoyed it (most did). He had to discover how they felt about the game determining whether they got the job. And he discovered that most applicants trust a traditional personality test as a better, fairer measure of job-related factors.

The idea that candidates will bail on a test that lasts more than five minutes is more prevalent than it is true. David’s abundance of data shows that well over 90% of candidates will finish an assessment of any length. He even measured and compared completion rates based on when candidates drop out of the process.

How many candidates would get 15 minutes into a test and then drop out, for example? Versus candidates who drop out after 30 minutes? The difference is negligible. But cutting your test to fit an arbitrary amount of time can negatively affect its validity, which does have a significant effect on its usefulness.

David’s research has also demonstrated that the applicants who dropped out before taking the assessment would have had significantly lower performance on the job compared to those that chose to participate in the assessment.

Selection is the Natural Enemy of Recruiting. Or is It?

Leveraging his wealth of data has allowed David and his team to make a compelling case for employment testing’s role in performance. Looking at the mountains of data he has collected from different locations, he’s discovered that stores that rely on assessment to make better, more objective hiring decisions perform significantly better than stores that hire randomly.

And that translates into a ridiculous amount of money saved. According to David, improving retention by making better hires saves hundreds of millions of dollars in turnover and lost work each year. That’ll make any executive a believer in assessments!

People in This Episode 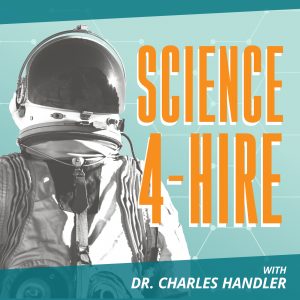 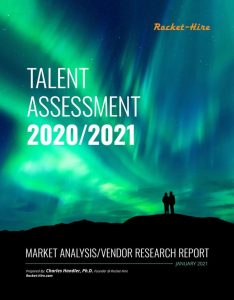